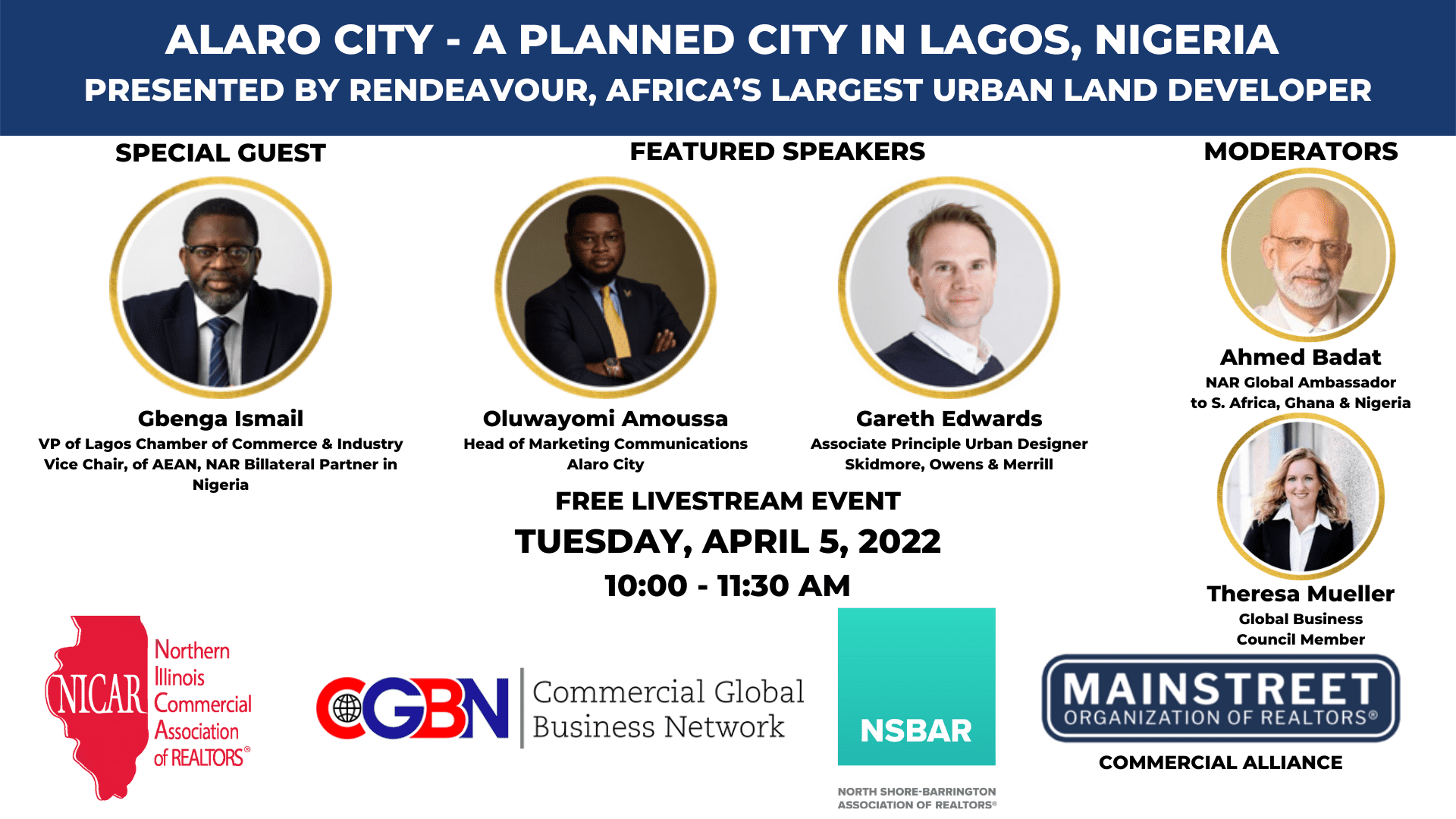 Alaro City (https://www.alarocity.com/) is a planned 2,000-hectare, mixed-income and mixed-use development with homes, offices, schools, healthcare facilities, hotels, entertainment and 150 hectares of parks and open spaces respectively aimed at delivering a live, work, play environment for the future of urban living in Lagos.

Its masterplan was designed by world renowned architects and city planners Skidmore, Owings & Merrill to rival some of the great city center’s of the world and to accommodate the future of business in Nigeria and Africa.

Beyond Alaro City’s design features, it is also situated in a free zone with business benefits such as zero corporate income tax on free zone income, zero withholding tax on dividends, zero VAT, no customs duties on imports, and exemptions from FX controls all of which enhances the ease of doing business. It also offers a one-stop shop service to all its commercial and industrial off takers, aimed at providing them with support and advisory services to ensure they fully maximize the benefits of the zone.

Alaro City in the news

Skidmore Owings Design for Alaro City is Launched in Nigeria